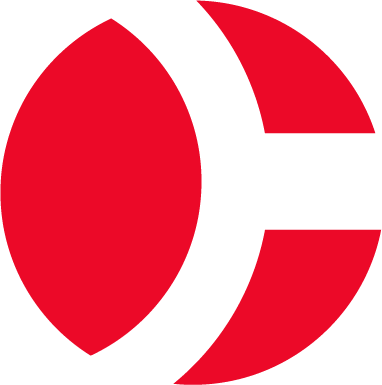 SPECIAL REPRINT REPRODUCED WITH PERMISSION BY ENERGY INTELLIGENCE FOR COMMONWEALTH LNG.
COPYRIGHT © 2020 ENERGY INTELLIGENCE GROUP. UNAUTHORIZED COPYING, REPRODUCING OR DISSEMINATING IN ANY MANNER,
IN WHOLE OR IN PART, INCLUDING THROUGH INTRANET OR INTERNET POSTING, OR ELECTRONIC FORWARDING EVEN FOR INTERNAL USE, IS PROHIBITED.

KBR’s exit from an already small group of companies capable of building complex LNG projects is a potential cause for concern in an already struggling industry. But several analysts and industry officials expressed confidence in the sector’s ability to adapt.

KBR last week told developer Pieridae it is no longer prepared to negotiate and conclude a lump sum, turnkey engineering, procurement, construction and commissioning (EPCC) contract for the Goldboro LNG facility in Nova Scotia. The move comes after the longtime contractor announced it was turning away from building large oil and gas projects as it shifts to government contracts (NGW Jun.29’20).

KBR’s decision follows McDermott’s emergence from bankruptcy, and a delay in the planned split of LNG contractor TechnipFMC (NGW Jul.6’20).

The fate of contracts KBR has for a number of planned US-based LNG projects — including Pointe LNG, the ailing Magnolia LNG, and the Freeport LNG Train 4 expansion — is also in question.

So how worried should US LNG developers be about this latest hurdle? “I don’t believe it should be of great concern, as KBR and others may have been considering exits of this type for some time,” said Bryan Benoit, partner in energy at Grant Thornton.

“This will give the current contractors the time to bring on board and possibly recruit and train former KBR employees and train sufficient others and new ones as well,” Benoit told Energy Intelligence. “The pool may shrink but the companies in it will emerge large and healthy and capable of serving the market.”

“There are a number of other constraints [to building LNG projects] than the number of contractors,” said Fred Hutchison, president of LNG Allies, which lobbies on behalf of US projects. Those include a global gas glut, low prices, falling coronavirusrelated demand and difficulty getting financing.

As Australia discovered some years ago, the number of projects concurrently under construction has a significant upward impact on costs. In the US, several projects that people expected to go ahead have not, Hutchison told Energy Intelligence, easing the pressure on EPC contractors.

“There are lots of what-ifs” for all these projects, Hutchison said, adding that if some get further delayed “it stretches all those out,” allowing the industry to adapt to fewer EPC firms.

Also easing the way forward for LNG projects is modular construction, which leads to a reduced role for EPC contractors.

“Modular-based LNG projects, like Commonwealth LNG, can pre-emptively address these costs by having the majority of the fabrication performed offsite at predetermined prices, avoiding the large cost-overruns sometimes experienced by facilities erected entirely on site,” said Paul Varello,

founder and CEO of Commonwealth LNG, a proposed six-train, 8.4 million ton per year (1.2 billion cubic feet per day), $4 billion plant. It is to be built on a 400 acre site near the mouth of the Calcasieu River.

“We believe an adequate pool of contractor resources remains to address the industry’s needs going forward,” Varello said. “Attrition ends, and often reverses, with the improved health of the overall economy and associated energy consumption.”

Will the industry still use lump-sum turnkey (LSTK) contracts that put the cost risk onto contractors, which has driven KBR out of the business? “While there may be modifications to the approach, the assurances needed for the financing of large-scale capital projects would suggest that LSTK will continue to be a significant part of the equation,” said Varello.

And that is even the case in the Covid-19 era. “We agree this is a unique time,” Varello said. “It is likely future risks or delays associated with Covid-19-like events can be managed contractually via the force majeure provision and/or business delay insurance.”

Commonwealth itself is unruffled by the trials of its own contractor. “We continue to value Technip as a partner,” said Varello. “Developments related to their company’s ownership structure over the past year have had negligible impact on their ability to be responsive on our project.”

“With this notice from KBR, we are looking at all of our options, including discussing the matter with legal counsel to determine the most appropriate next steps,” Sorensen said. “There are other reputable and experienced firms who have the expertise to provide these services, with some already indicating a willingness to replace KBR. We have had discussions with several of them to gauge their interest.”

Meanwhile, KBR’s decision to walk away from building the Goldboro LNG terminal has Pieridae Energy studying all its options, including legal ones. Pieridae CEO Alfred Sorensen said KBR’s decision is an apparent contravention of its obligation under the terms of a services agreement from March 2019.

“With this notice from KBR, we are looking at all of our options, including discussing the matter with legal counsel to determine the most appropriate next steps,” Sorensen said. “There are other reputable and experienced firms who have the expertise to provide these services, with some already indicating a willingness to replace KBR. We have had discussions with several of them to gauge their interest.”